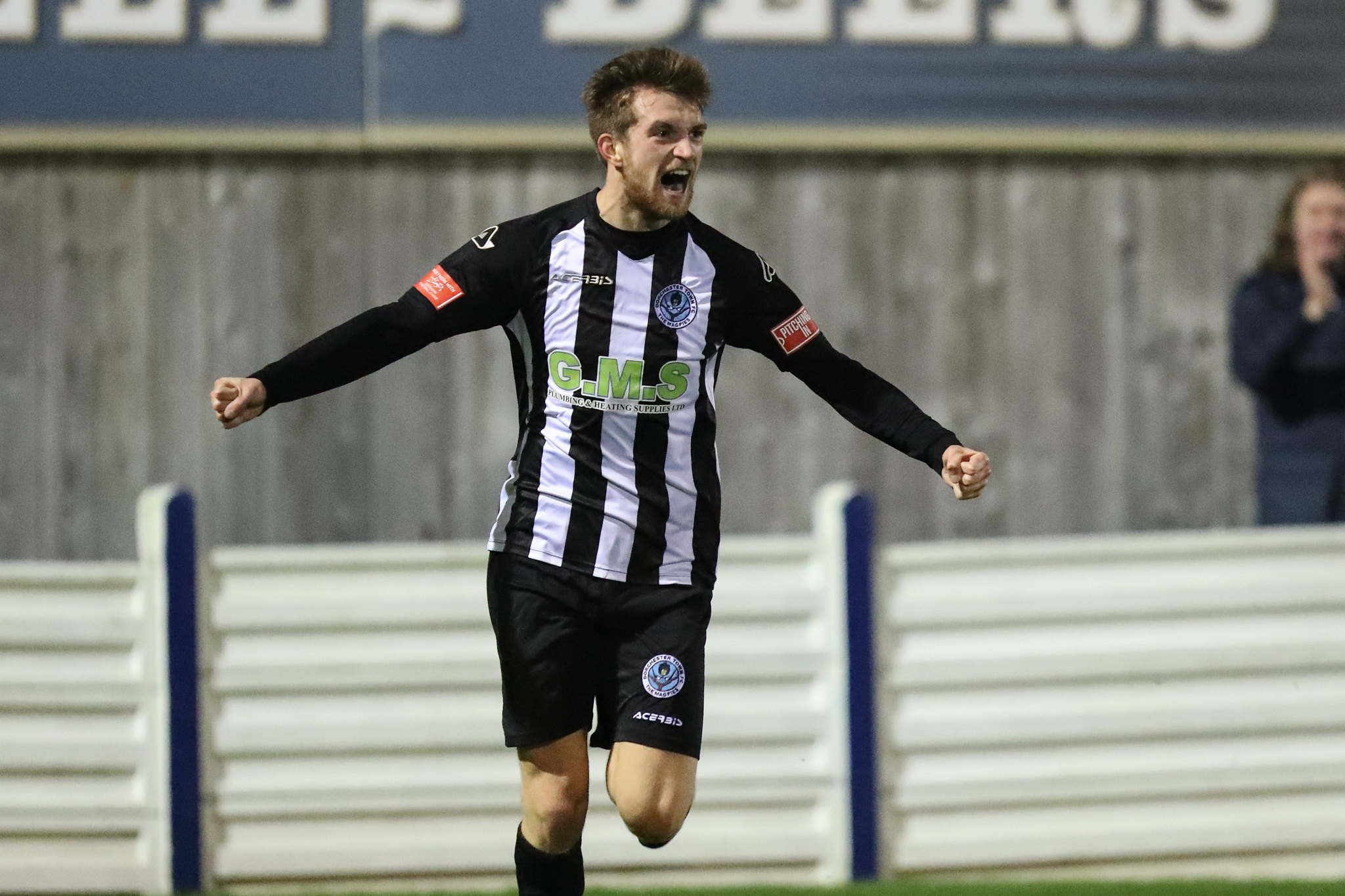 Dorchester Town Football Club are pleased to announce that Harry Burns has signed with The Magpies ahead of the 2021/22 season.

The central midfielder joins the club on a permanent basis, having initially arrived at The Avenue on loan from Weymouth back in October, and scored his first goal in black and white stripes away at Swindon Supermarine in the FA Trophy last year.

Burns becomes boss Robbie Herrera’s third new permanent signing of the summer following the arrivals of Tom Purrington and Tom Soares, and should feature in our friendly against Hamworthy United this afternoon.

Speaking after the full time whistle, Herrera said: "We obviously had Harry last season, albeit only for a few games."

"He's got bags of energy, but needs to learn a little bit more about the game and we're hoping he'll get that here with us, and he's one we're looking to push forward."

Want to sponsor Harry for the 2021/22 season? Click HERE to visit our player sponsorship online shop