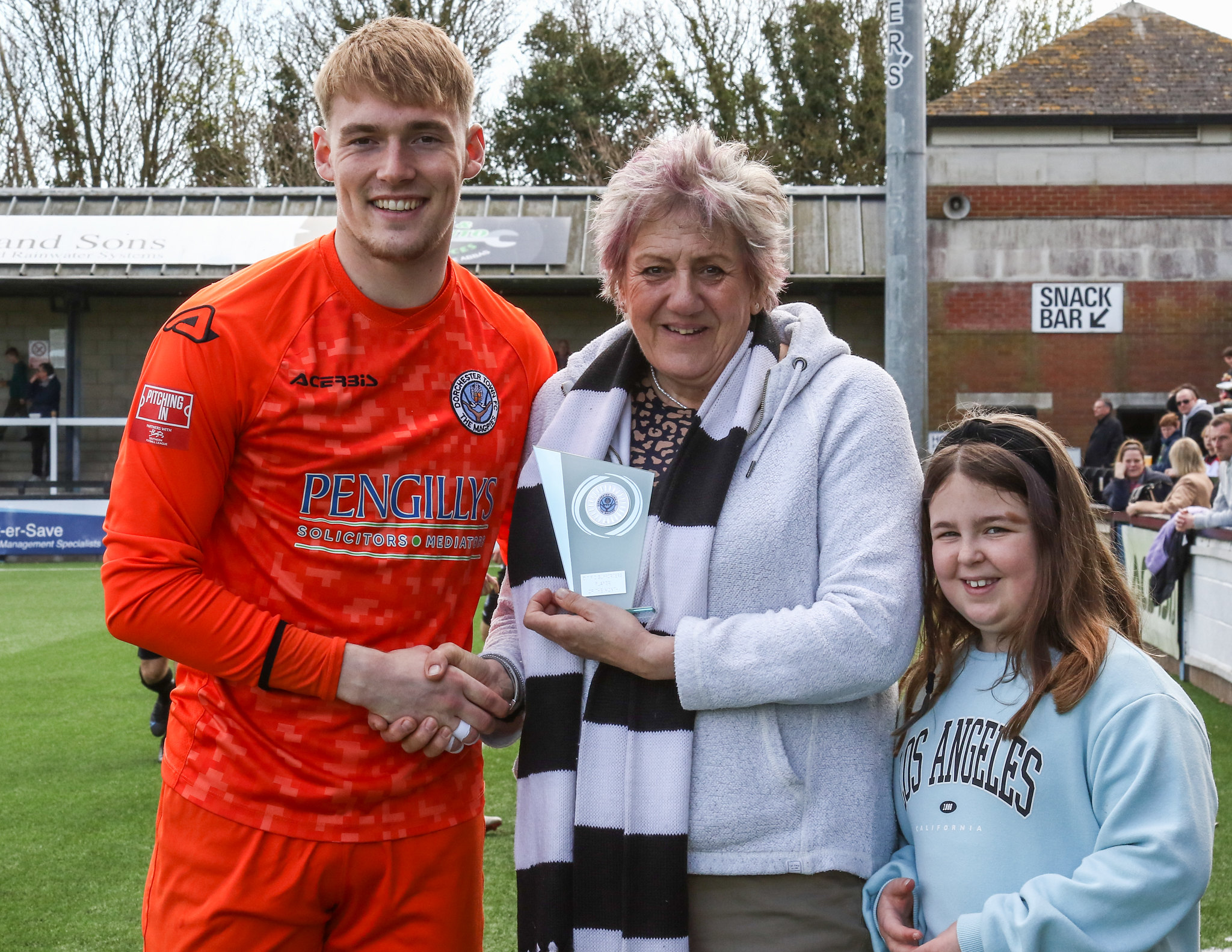 Bycroft voted Player of the Month

Congratulations to Jack Bycroft who was voted by supporters as The Magpies Player of the Month for March.

The on-loan Southampton keeper was in fantastic form last month and was presented with his award ahead of kick-off by Annie Greenslade from DTFC Supporters Club, before going on to make a vital penalty first-half save against Hendon yesterday.