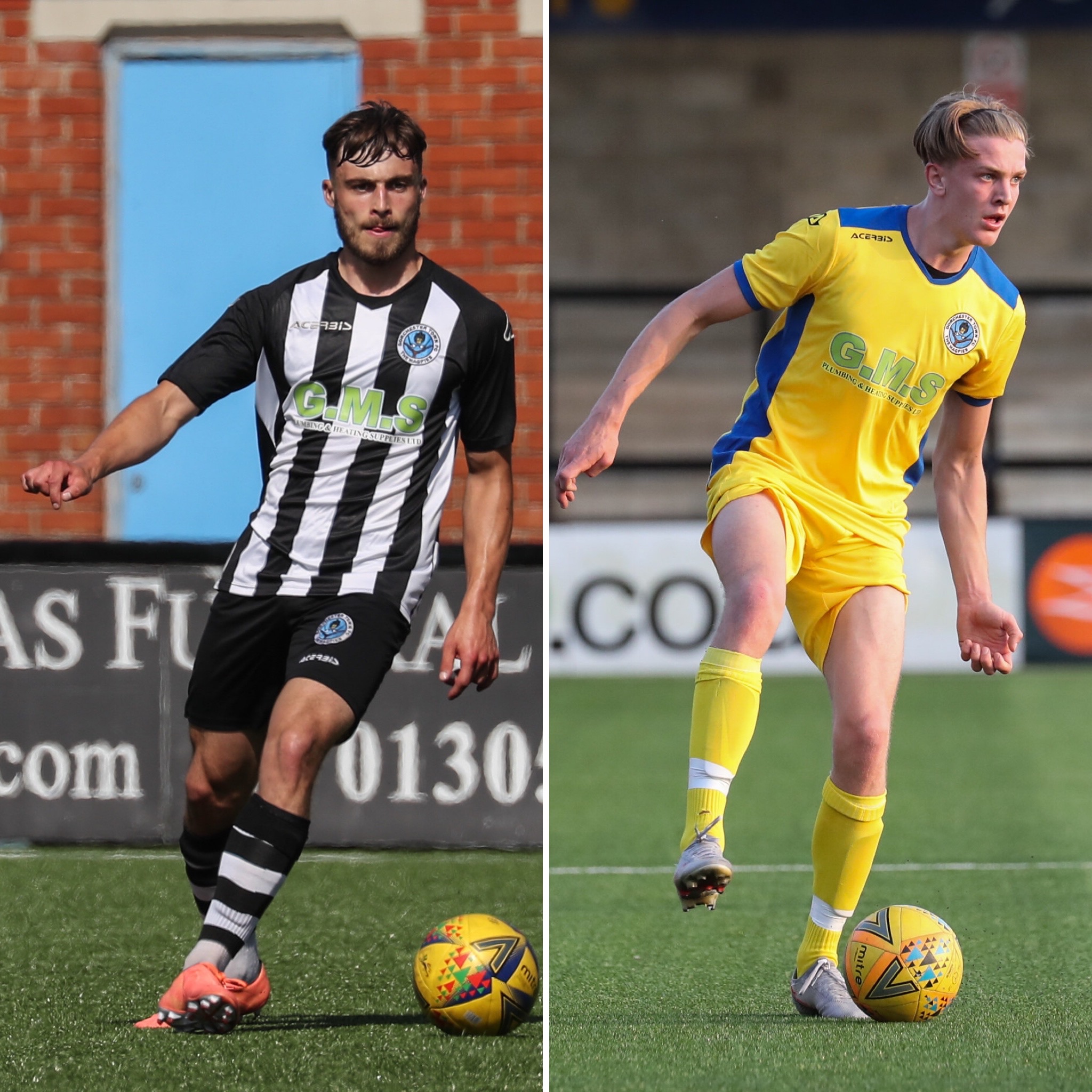 Dorchester Town Football Club are pleased to announce that George Calverley and Joel Hewitt have been promoted from the U23 squad to the first team ahead of the new season.

Full-back Calverley and striker Hewitt have both signed to become part of Robbie Herrera’s senior squad for the 2021/22 campaign, having impressed Magpies coaching staff during the previous season where both players were regular starters in our U23 side.

Speaking on the former Yeovil Town Academy defender, Herrera said: “George has been great with us - he came in towards the end of last season with the first team training and didn’t look out of place.”

“He's one at left-back we're looking to push on and he’s got good attributes - he's physically strong, got a good engine, and can get up and down the pitch.”

“We need to work on his delivery and timing of runs to get forward, as well as his defensive duties, but he’ll get that with us and we’ll have the time to work with him.”

“We're looking for him to push Tiago and try and claim a first team spot.”

On last season’s U23 top goalscorer, Herrera said: “Joel’s come in and he's enthusiastic – obviously, again another one with a lot to learn but he’s got a great work ethic.”

“He'll chase and close defenders down, on the ball he's got good ability and he can go past a player.”

“He needs to work on his hold up play but that’s something we will do during the season.”

“Both players developed well during last season with the under 23's, they used the enforced Covid break to improve technically and physically, and they will only improve further in the first team environment as they learn the tactical side.”

“Well done chaps - the first of many under 23's we hope to make the transition.”

Want to sponsor George or Joel for the 2021/22 season? Click HERE to visit our player sponsorship online shop