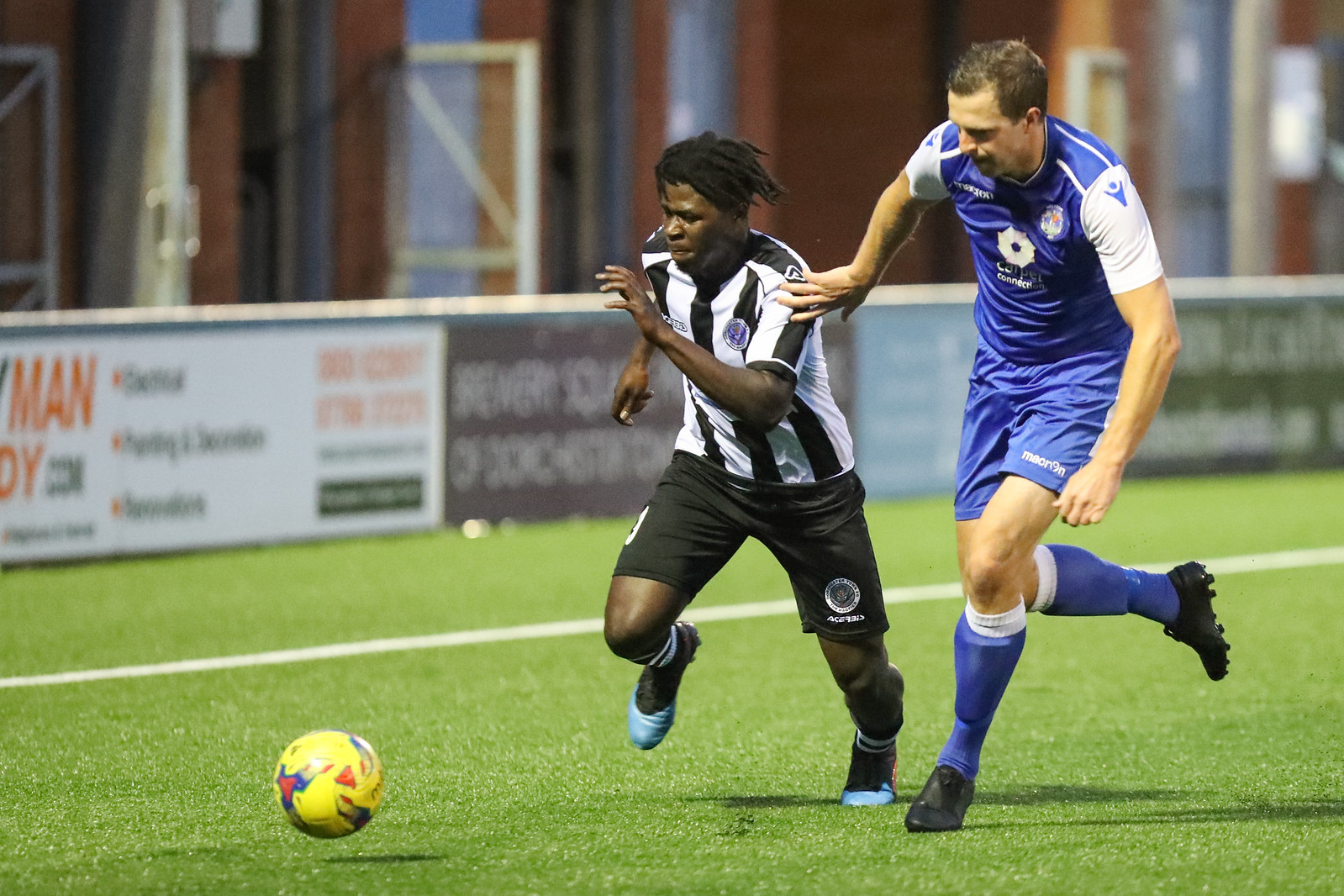 Dorchester Town Football Club are pleased to confirm the double signing of Leighton Thomas and Joel Kiwobo ahead of the new 2020/21 campaign having both impressed on trial during pre-season with the club.

Cayman Islands winger Thomas, who has previously featured for Bridport and Street last season, and central defender Kiwobo, who joins having had spells playing in Portugal and Italy as well as his native France, have both been regulars for The Magpies in our pre-season friendlies at The Avenue.

Speaking on his new signings, boss Leigh Robinson said: “These are two players who we like after having a look at them in pre-season. Both will need a bit of time to adjust to this level as Leighton is stepping up a level and whilst Joel has played a good level of football in Europe, there will be a bit of acclimatisation needed as this league is likely a lot quicker and more frantic than he may have been used to as a defender.”

“Leighton’s a winger who can go past people and does some unpredictable things, which we like and felt could be useful when chasing games. Joel has a serious amount of pace for a centre back and has looked decent on the ball too.”

Both Leighton and Joel are now cleared to play following international clearance and will be available for selection in our opening league match of the new season against Weston-super-Mare tomorrow.