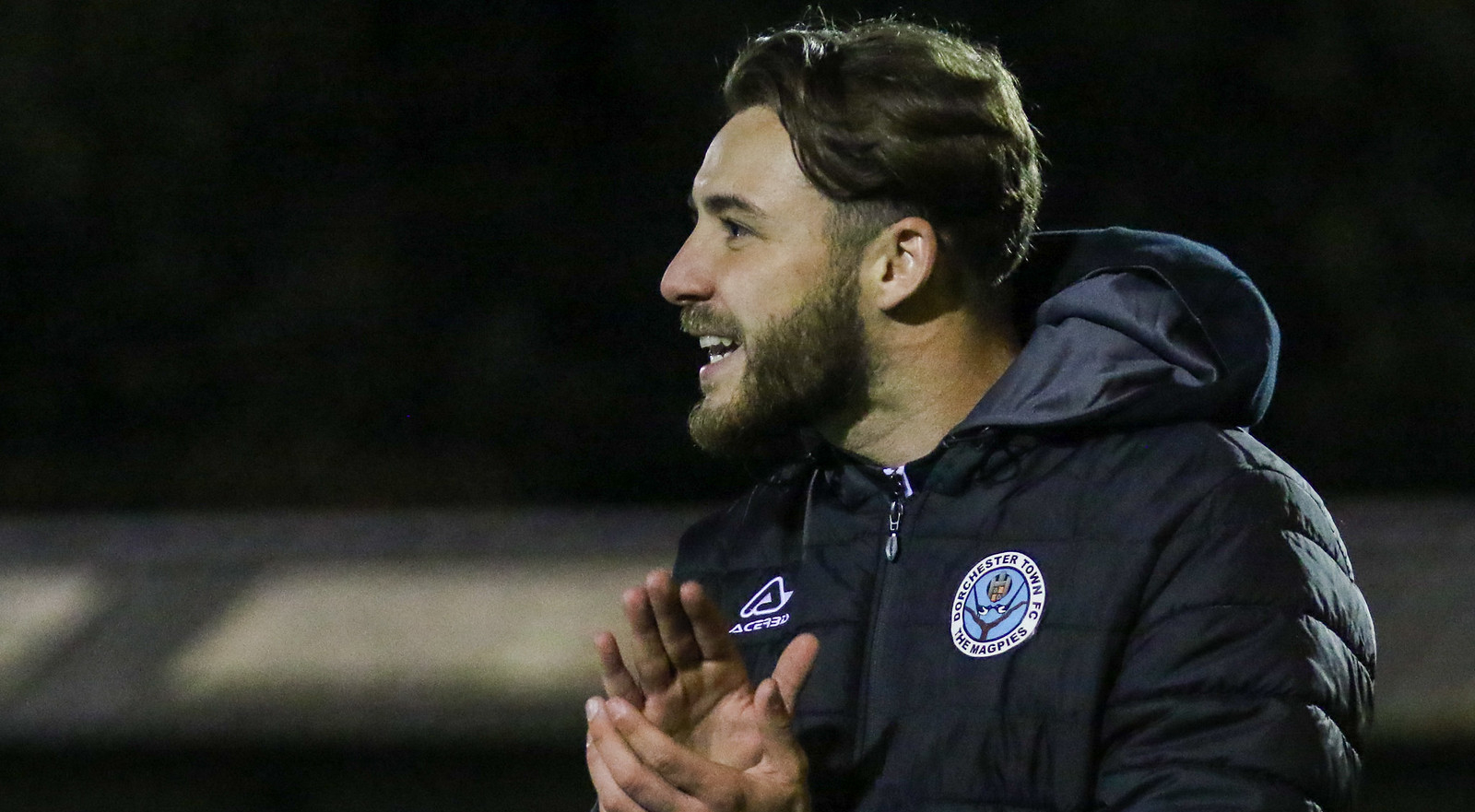 Dorchester Town Football Club are pleased to announce the appointment of Oakley Hanger as our new U23 Manager.

Oakley, who returned to the club in the summer having completed a four-year scholarship in the USA, was in the dugout for the first time last night as the U23 side took on Poole Town at The Avenue.

The defender will work alongside the current U23 coaching staff of assistant manager Brian Churchill, coach Craig Robinson and goalkeeping coach Daniel Claxton.

Speaking on his new role, Oakley said: “I’m pleased the club have given me the opportunity to help develop these young lads. I’m lucky to be walking into a well ran U23s set up with a great set of coaches which makes the transition easier for me.”

“From all the home games I have watched this season I know I’m working with a talented group of players. I’ve seen they’re more than good enough for the Development League. The challenge for me now is identifying and developing the players that have first team potential and pushing them towards that next step of their career which takes more than just being a talented footballer.”

“It was great to get my first taste of management last night and within the space of 90 minutes I experienced some of the highs and lows that come with such a role.”

“Having said that, Poole played with a number of first team players and I was proud that for large parts of the game we matched them, and the boys gave everything right up until the final whistle which is a massive positive in my eyes and all I can ask for as a manager. In hindsight the draw would have been a good result for us but my philosophy will always be to win games.”

“All of the first team boys have been very positive about me taking the role, and Leigh and Robbie have stressed they’re always available should I need advice or support.”

Having come through The Magpies reserve side before breaking into the first team seven years ago, Oakley added: “I think this plays a big part in me wanting the role. I’ve made it clear to the players that I was once in their shoes and understand how difficult the transition to the first team can be. But my experience has taught me the levels required and the commitment needed to make the step up. I want to set an example and help the players have the opportunity to follow in the same footsteps I took.”