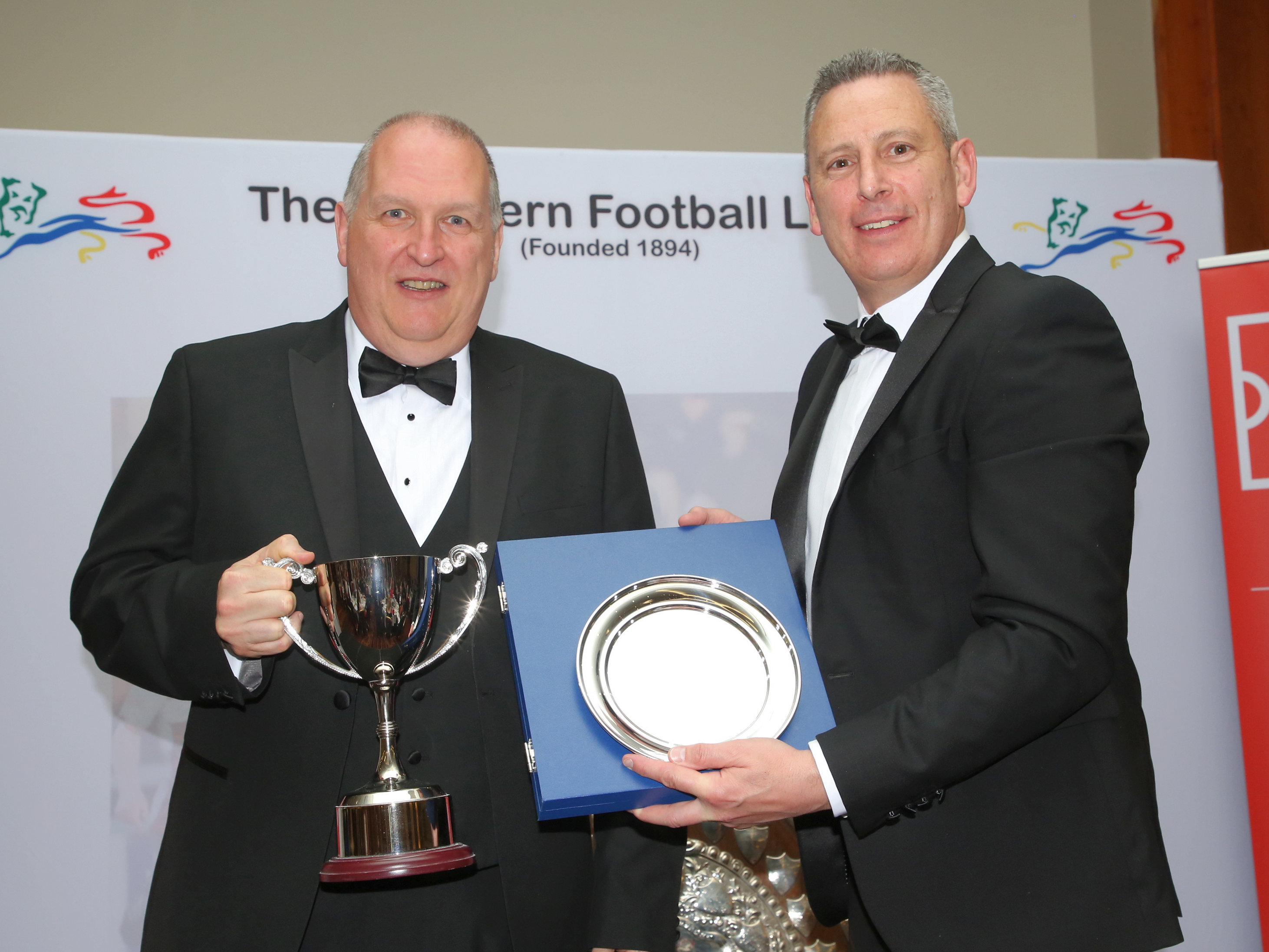 Dorchester Town Football Club were the winners of the Respect Award for the 2021/22 season for the Pitching In Premier Division South, and also across the Southern League overall.

The award is given to club who have the highest marks awarded by match officials and opposition directors for areas such as matchday hospitality, behaviour of the bench and changing room facilities.

The award was presented to Vice Chairman David Martin at the Southern League awards dinner at Chesford Grange, Warwickshire last weekend by Ady Barkess of Hereward teamwear who sponsor the award.