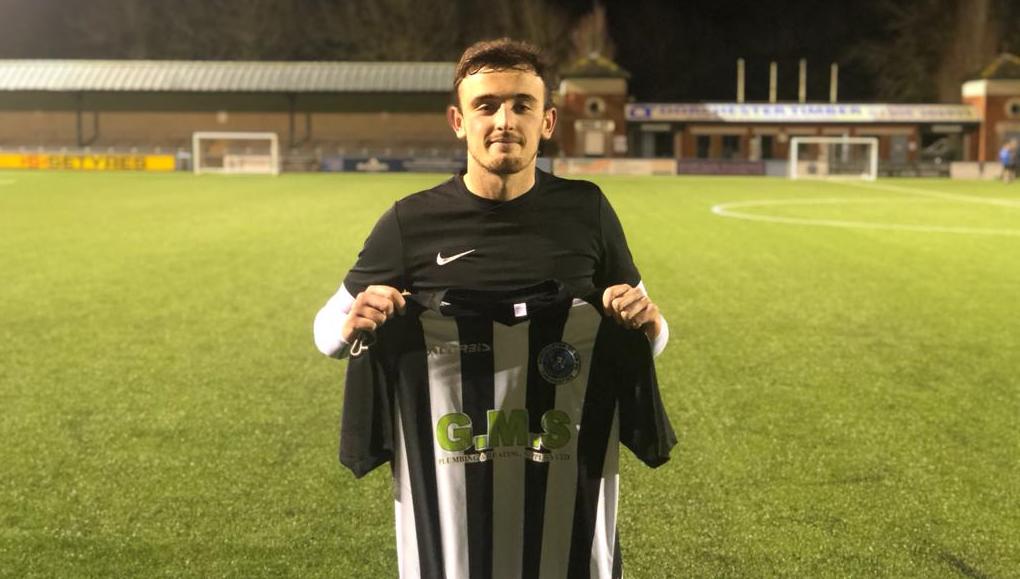 Dorchester Town Football Club are pleased to announce the signing of Sam Davidson from Wimborne Town.

The central defender, who has over 150 appearances for Wimborne over the past four years, trained with the squad for the first-time last night at The Avenue and could make his debut in our FA Trophy tie at Swindon Supermarine tomorrow.

Speaking on his first new signing, boss Robbie Herrera said: "Sam was a player that Leigh Robinson had highlighted before he stepped down, and he is a ball playing centre half that has a fair amount of experience at Southern League level."

On-loan trio Olaf Koszela, Louie Slough and Harry Burns are all set to feature for The Magpies this weekend, with their loan spells from Torquay United and Weymouth respectively having been extended.

Under 23s defender Jordi Foot is also set to be involved in the matchday squad tomorrow having also trained with the first team last night.

Meanwhile, striker Rubin Wilson has returned to Plymouth Argyle following the end of his loan spell. We would like to thank Rubin for his efforts while at the club and wish him all the best for the future.