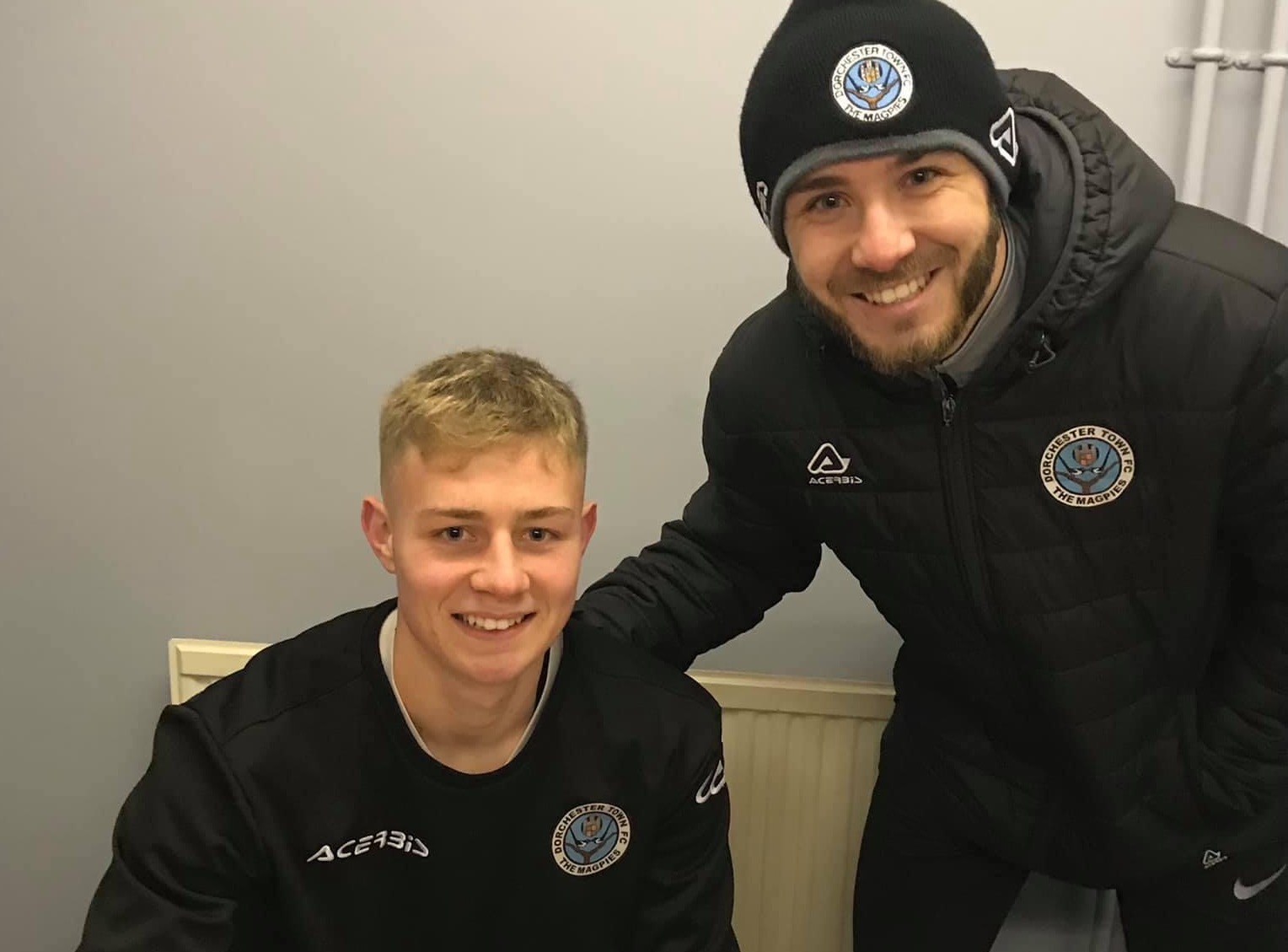 Six new faces in U23 squad

Brin Doyle is one of six new faces in the Under 23s side set to resume league action this evening. The highly rated 16-year-old midfielder came through the age grades at Dorchester Town Youth and will become one of the youngest players to play for Oakley Hanger’s side having signed forms earlier this week.

Brin is one of six new faces set to feature in the squad, joining five new arrivals who have signed for the club following the recent U23 trial match just before lockdown - former Torquay United centre back Josh Baxter; former Yeovil Town midfielder Daniel Neild; Blandford United-duo Elliot Manson and Brad Parry; and midfielder Billy Evans who returns to the club having previously featured for Bridport Reserves and Canning Town.

"We are pleased and honoured that Brin and his family have entrusted us to continue to develop potential we all see in Brin. He has come through the age grades here at Dorchester, naturally attracting a lot of attention along the way, so we take it as a sign of trust that he has chosen to continue his journey here with us. The exciting challenge for us as coaches now is to develop Brin’s ability ready for the men’s game, and more importantly, to establish those behaviours that are required in the high-performing nature of professional and semi-pro football.”

“We set up the U23’s in order to provide a clear pathway for talented, young players to continue their journey and develop into potential first team players. We’ve seen that this week with Jordan Foot being called up by Robbie Herrera for the trip to Swindon, and I’m excited to see Jordan push on now and look to make the step up a permanent one.

“The club has always had an unrivalled reputation in the region for developing players at first team level and now with the under 23’s we have a clear route for them to start that journey earlier. The fact that players who have been at pro-clubs are approaching us to come here is testament to the quality of the set up we have."

The U23s travel to Downton tonight (7:45pm) before facing Hamworthy United away on Tuesday 22 December. For updates on the match this evening, follow the club’s twitter account: @DorchTownFC.