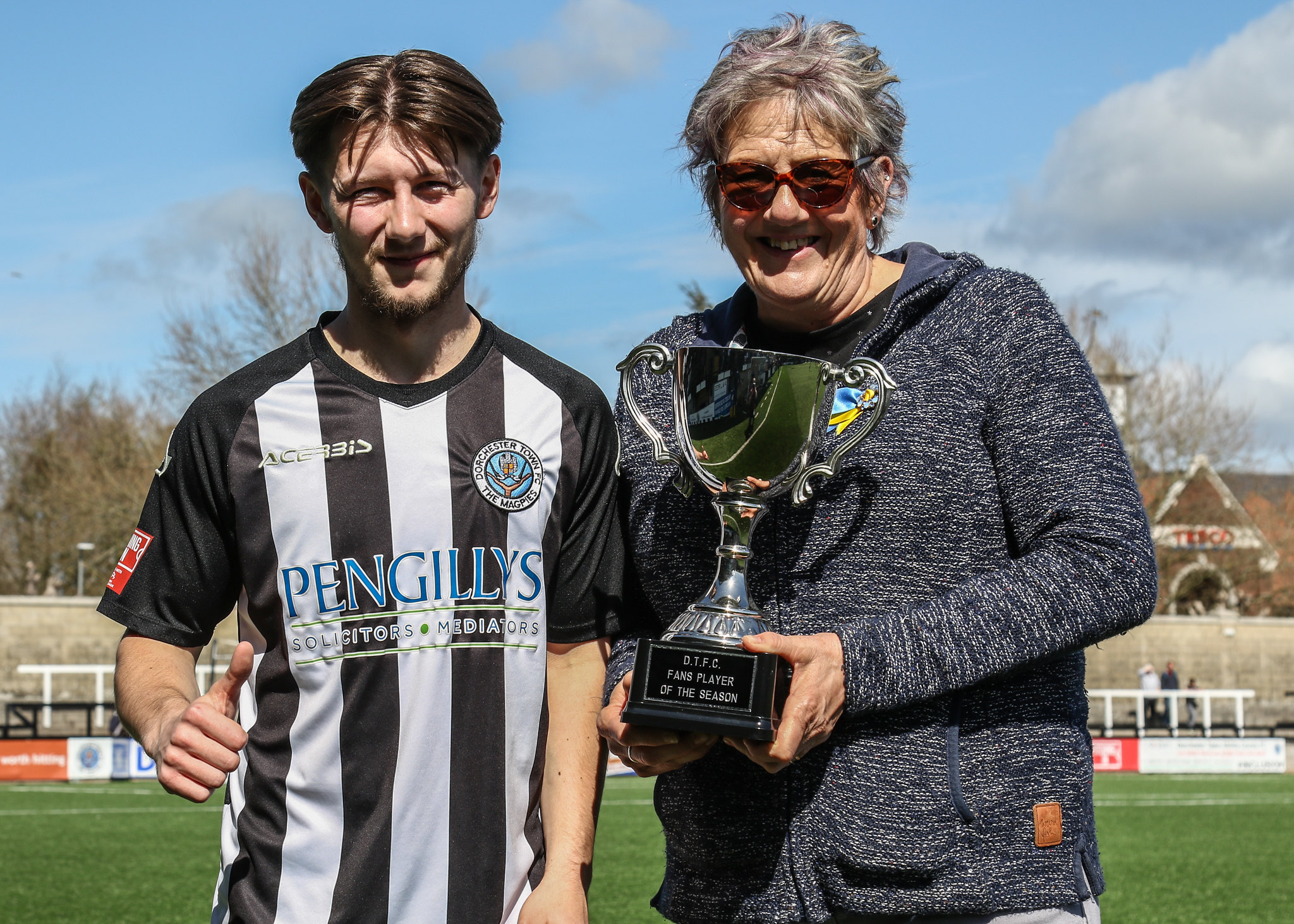 Stanley voted Player of the Season

Alfie Stanley was your chosen winner of the Supporters Player of the Season award for 2021/22.

The Magpies topscorer this season, with 13 goals in 34 appearances in his debut campaign at The Avenue since arriving in September, was presented with his award pitchside before kick-off yesterday by Annie Greenslade from DTFC Supporters Club.

The former Portsmouth striker, who scored a sensational hat-trick away at Tiverton earlier in the season - which included a memorable strike from the halfway line - as well as netting the goal away at Salisbury which secured The Magpies safety last weekend, was closely followed by captain Callum Buckley in second place with just a handful of votes separating the two.

Thank you to everyone who voted.