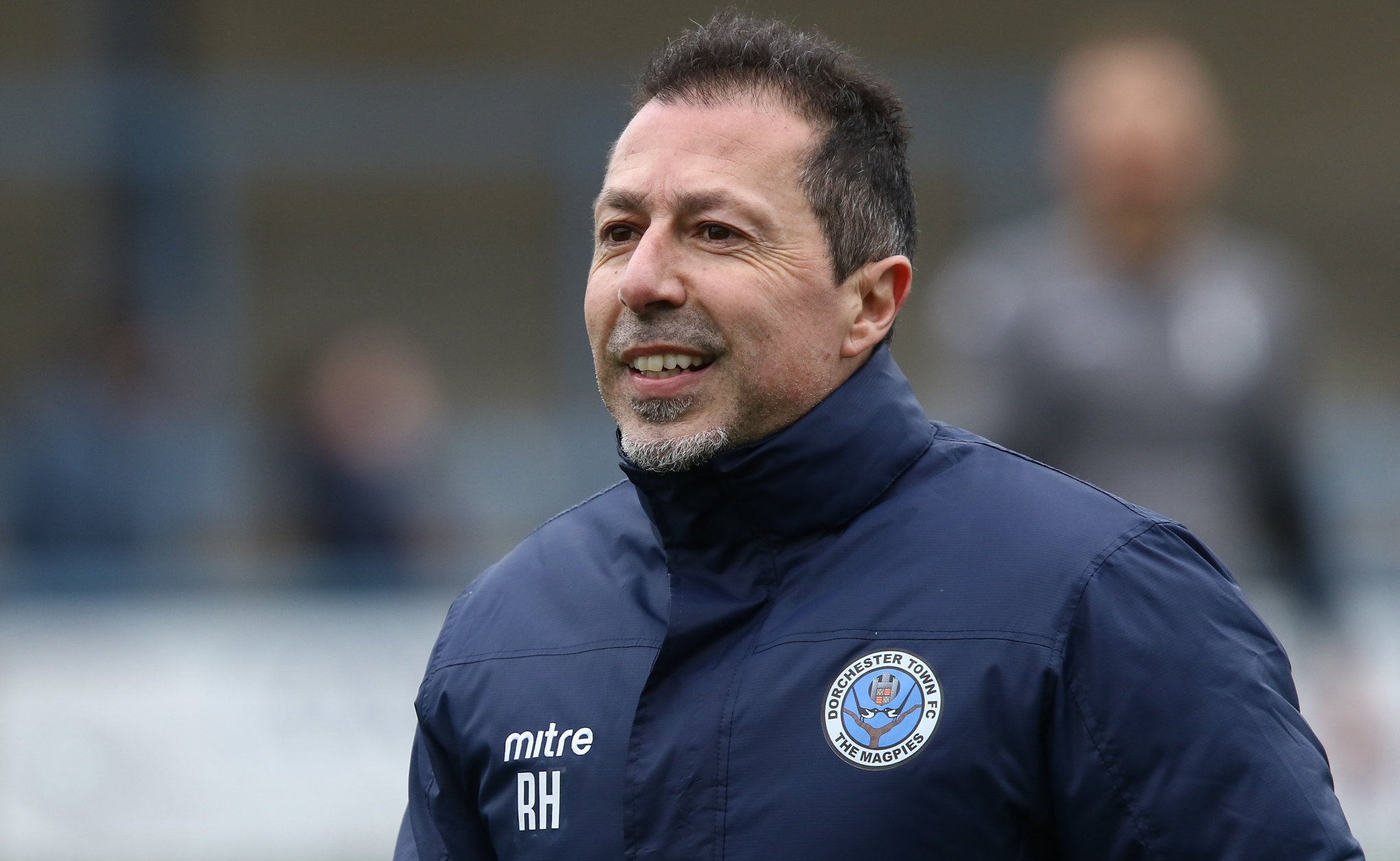 Dorchester Town Football Club can announce that First Team Coach Robbie Herrera has been appointed as our new First Team Manager with Leigh Robinson stepping down from the role.

Leigh stepped down from his role earlier this week due to work commitments which would have impacted on his management duties for the club.

Speaking on his decision, Leigh said: “I’m disappointed to be leaving a really great football club but having had two weeks to reflect, the rest of this season is either going to be extended, or incredibly condensed and looking ahead I don’t think my commitments outside of football will allow me to give the club the commitment it deserves. With this enforced break it seems like a good time to step aside and hand over to someone who can, whilst also giving the club time to get things in place.”

“It is slightly annoying and ironic because the finances at the club and the plans for first team budget investment after this lockdown will be the best they’ve been since I’ve been here, however hopefully that gives Robbie a platform to come in and push on.”

“Despite some inevitable blips, I feel the team is making progress, is better equipped than when I arrived and I’m gutted I won’t have chance to finish the rebuild. I’m sure all managers at this level would agree that they need their personal/work circumstances to marry up with football in order to work effectively and at the moment, mine simply don’t. I can’t speak highly enough of the club and players who’ve been great to work with and wishing everyone at the club all the best in the future.”

“I can’t speak highly enough of the club and players who’ve been great to work with and wishing everyone at the club all the best in the future.” - Leigh Robinson

We would like to place on record our thanks to Leigh for his work and all his efforts over the past year, and we wish him all the very best for the future.

New Magpies boss Robbie said: “I’d like to thank Scott and the board for this fantastic opportunity to lead the club and get it back to where it should be.”

“A huge thanks to Leigh for all the hard work he has put it. I know it’s been a difficult decision for him to step down due to work commitments but from our time together he’s been tirelessly pushing the club forward and I’ve enjoyed our relationship.”

“Things obviously have to move on and I’m delighted to bring in Kevin Hodges to assist me. He brings with him a wealth of experience plus numerous contacts within the game and is someone who I trust. He will be a great addition to what I already believe is a good backroom staff.”

"I’m delighted to bring in Kevin Hodges to assist me. He brings with him a wealth of experience plus numerous contacts within the game and is someone who I trust. He will be a great addition to what I already believe is a good backroom staff.” - Robbie Herrera

Speaking on joining the club as our new Assistant Manager, Plymouth Argyle legend Kevin – who has a 40 year association with Argyle from player to manager – said: “I am very excited to be working with Robbie once again, supporting him as we endeavour to get Dorchester Town moving forward in the league. I share his passion and playing philosophy to try and develop players to be the best they can be.”

“I really can’t wait to meet the players, to start training as we strive for some consistency and a winning formula. Dorchester Town has a fantastic set up and I hope the supporters will continue to get behind the team during these unprecedented times.”

On his new role joining the First Team backroom staff, Brian said: “I’m really pleased to be given the opportunity to be part of the first team set up and provide that link to the Under 23s team.”

“The successful development of players from the Under 23s to the first team is the pathway moving forward. Personally I can’t wait to get started and work with Robbie and Kevin to move the club forward”.