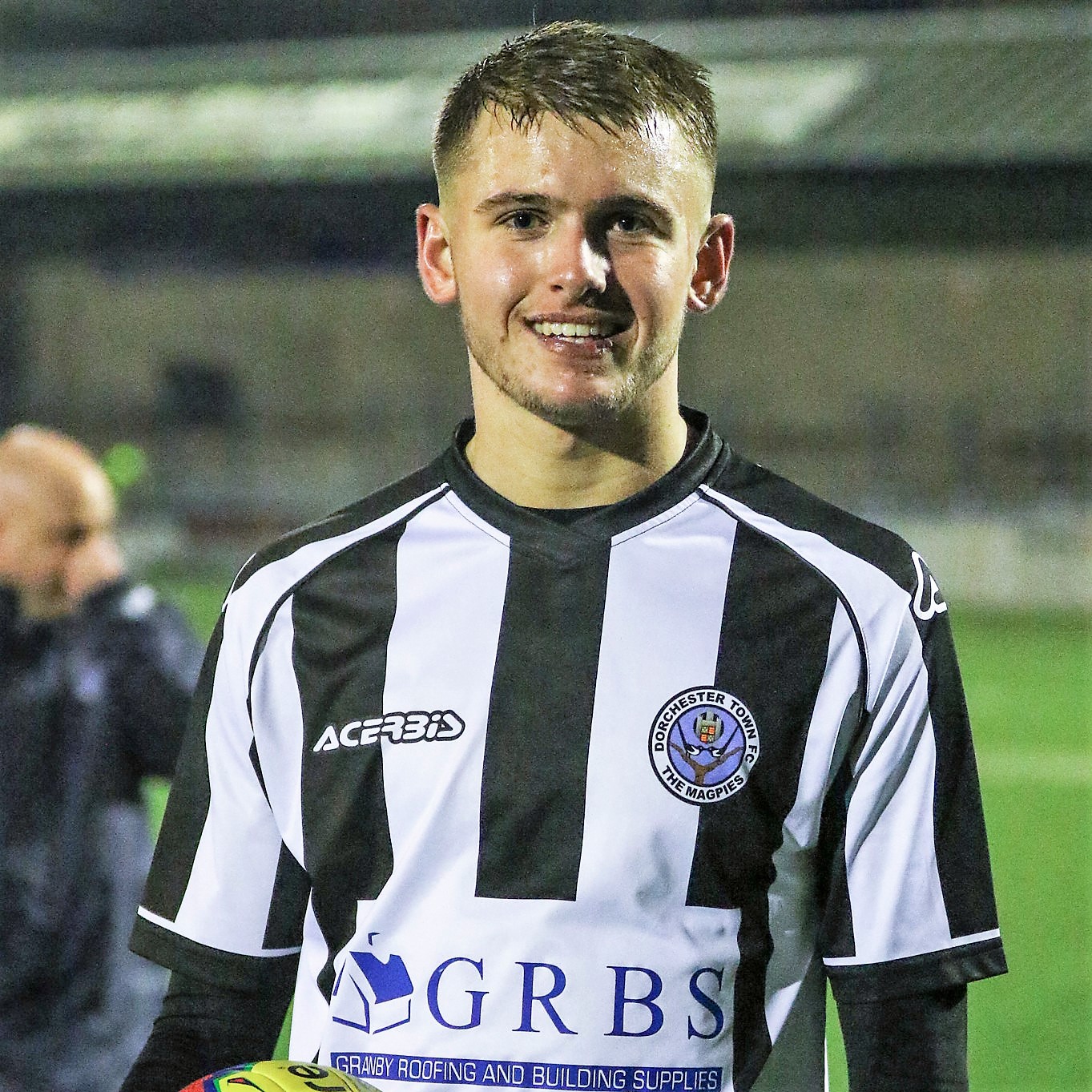 Dorchester Town Football Club are delighted to announce that Tom Purrington has agreed to join The Magpies for the 2021/22 season.

The former Plymouth Argyle midfielder, who had a loan spell at The Avenue back in 2019, joins on a permanent basis after spending the previous campaign with National League side Bromley.

Speaking on his first new signing of the summer, boss Robbie Herrera said: “Tom’s a player that I know well from my time working with him at Plymouth Argyle. Obviously, Kev Hodges knows him really well too as he’s had him as a kid at the club and seen him go all the way through to a pro.”

“He was at Bromley last season and was quite prominent, featuring on the bench for most of the season. They offered him another a deal for this coming season and wanted him to stay, but he feels that he needs to be playing first team football which is what we will provide him with.”

“Having spoken to Tom, he was keen to come back - he enjoyed it last time around when he was on loan at the club and knows myself and Kevin really well. He feels comfortable at the club, likes the facilities and he said he had a good relationship with Scott Symes obviously last time round, so he was more than happy to come and ply his trade with us.”

“We will be looking for him to lead us on the pitch, get on the ball and make things tick for us.”

Want to sponsor Tom for the 2021/22 season? Click HERE to visit our player sponsorship online shop