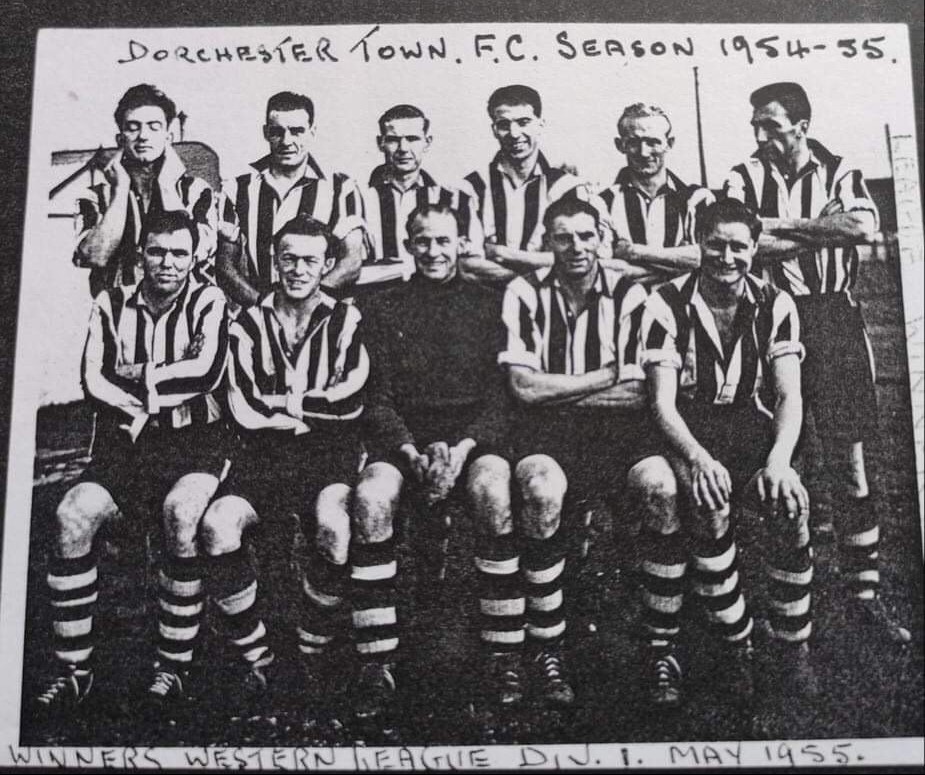 Dorchester Town Football Club are saddened to hear of the passing of former Magpie Ron Moscrop.

Ron was a wonderful attacking player, making 65 appearances for the club, scoring 33 goals. He was part of the Western League Division One winning side in 1955, as well as a member of the squad that faced York City in the second round of the FA Cup in 1954.

He famously interrupted his wedding to his beloved wife June, taking a break between the service and the reception to help the Magpies secure the Dorset Senior Cup in March 1953.

Our thoughts and prayers are with Ron’s family at this time.