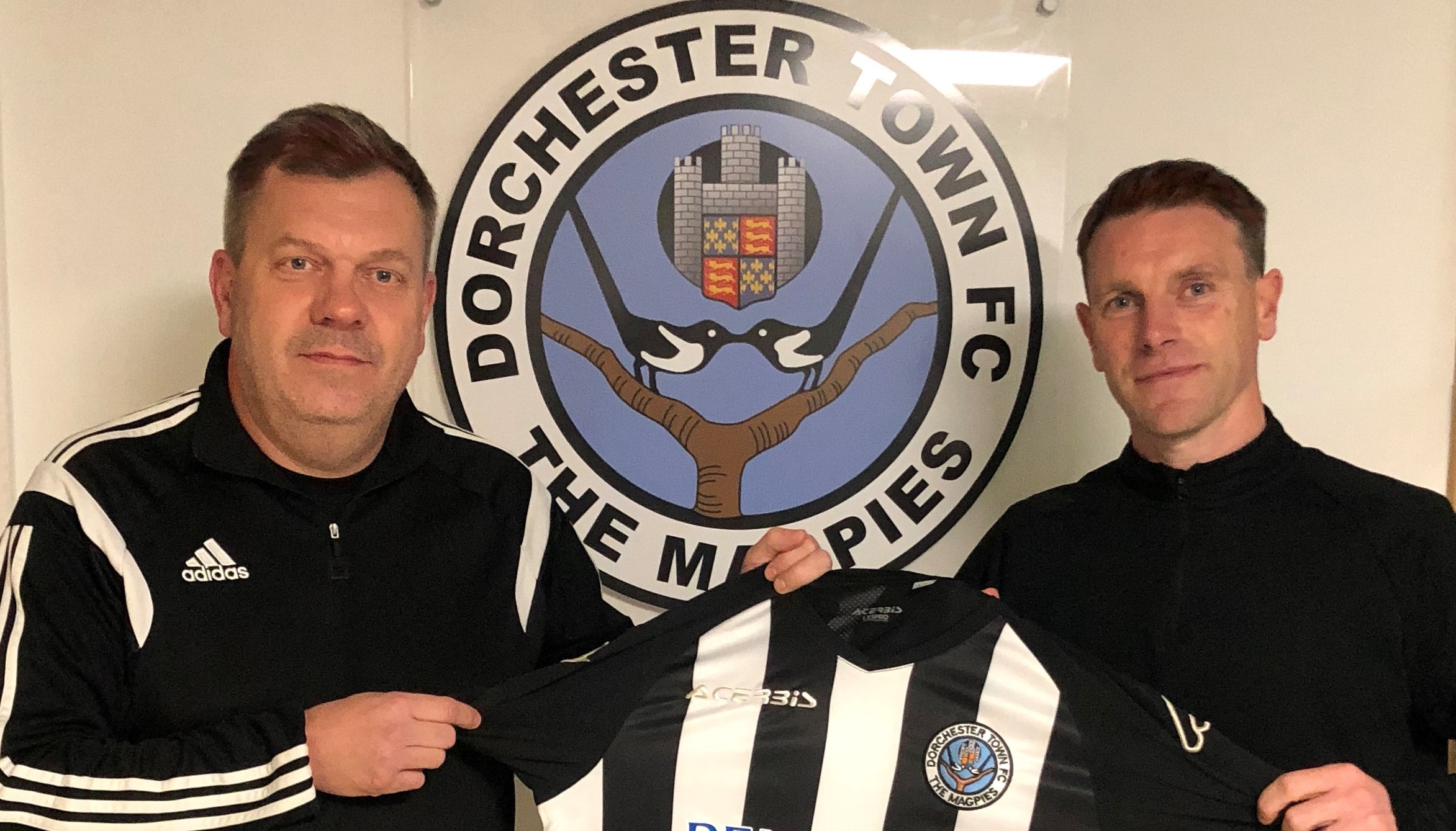 The duo arrive from AFC Totton who currently sit atop of the Southern League Division One South.

Prior to making the switch to Totton, former Magpies midfielder Glenn had an incredibly successful five-year spell in charge of Blackfield & Langley in his first managerial post, which included back-to-back promotions as he guided the Watersiders from the Wessex League to the Southern League Premier, as well as experience as part of the coaching staff at Poole Town.

A highly rated midfielder in his playing days, Glenn will be a familiar name to supporters having previously played for The Magpies between 2005 and 2006 - including scoring in the New Year's Day derby win against rivals Weymouth at The Avenue - as well as spells with Eastleigh, Basingstoke Town, Gosport Borough and Poole Town.

Incoming assistant boss James has worked closely with Glenn for a number of successful years, including the spells with both AFC Totton and Blackfield & Langley, and previous to this was assistant manager at Poole Town for over four seasons and manager at Bournemouth Poppies.

New Magpies boss Glenn said: "I'm excited of course and really pleased - it's obviously changed a little bit in terms of the facility and the development of the club, particularly the 3G pitch and the community side."

"I had a conversation with Scott, looked at the ambition of the club, looked at Step 3 and the infrastructure, and had an association with the club before."

"It's been a burning ambition of mine to go back to one of the clubs that I've played for, and I've been very fortunate to play for some really good clubs - really good teams, good sides, good infrastructures and just generally good non-league football clubs, and it's finally happened and I'm looking forward to it."

Glenn and James met the squad and took training at The Avenue earlier tonight, and will take charge of The Magpies for the first time on Saturday afternoon as we visit AFC Totton in the FA Trophy.