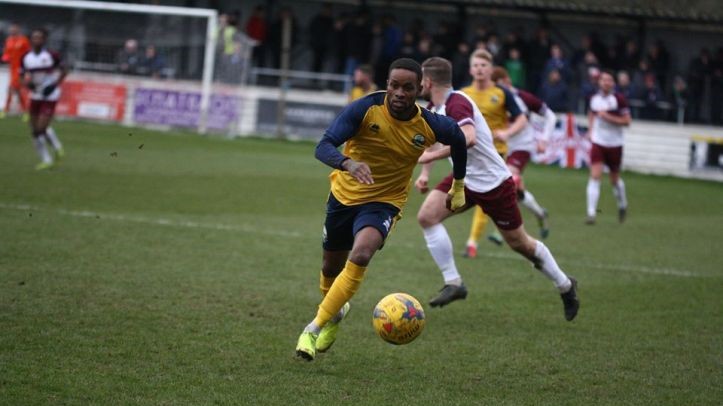 The experienced centre-forward arrives at The Avenue from fellow Southern League Premier South side Chesham United.

The 28-year-old frontman - who scored twice in the Generals recent league win against Merthyr Town and has featured for Gosport Borough, Moneyfields and AFC Portchester in recent seasons - was also part of Blackfield & Langley's back-to-back promotion winning side, scoring over 70 goals for the club in a little over two years as they climbed to the Southern League Premier.

Speaking on his newest signing, boss Robbie Herrera said: "Rudy’s an out and out forward - he knows this league and the level really well, he scores goals and he's got pace."

"We're hoping that he'll give us something a little bit different again to what we’ve got - he can stretch the game for us, he can get the ball into feet and turn to get faced up to people, so he’ll be a good acquisition."

"It will also start to give us a little bit more competition for places as well - I think with all due respect to all the players, we were getting a little bit comfortable because we haven’t got the biggest squad in the world, so he’ll be good for us and hopefully he can bang in some goals in the black and white shirt for us."

Rudy is now available for selection and could make his Magpies debut against Weston-super-Mare at The Avenue tonight.

We are grateful to Chesham United for the speed at which they facilitated the transfer.